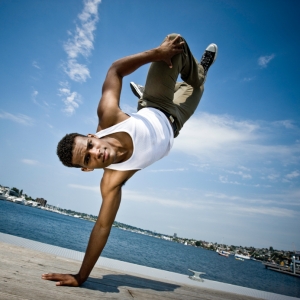 As someone that has a passion to develop people to the optimum of their potential, I have recently run into some kind of tough challenge. Now, for me there is not really such a thing as a problem. There might be challenges and difficult ones at that, but problems, no, not really. You see, it all depends on how you choose to define what happens around you.

What makes the difference is the definition in your head.

Now if it is true what I say, it then must be true that life is lived and experienced (more) according to what goes on in your mind than what comes at you from the ‘outside’. This statement, this thought needs our contemplative attention. I actually wanted to say, ‘stop and think! Think what I am saying here. It needs to be understood!’

Let me tell you a story I have told many people. Most probably you have heard the story already, but here goes. Two shoe manufacturing companies from America send their top marketers to Africa. The mission was clear: “Explore the market for shoes in Africa.” Both of them came to Africa. Both of them interviewed the same amount of people. Both of them visited the same cities, towns and villages. Both of them are top people in their positions. There was not much difference between the two marketers or the scenarios they were exposed to.

You see for these two shoe marketers it wasn’t what they saw; it was how they interpreted what they saw. The one saw nothing, the other saw in exactly the same situation – OPPORTUNITY! That choice, ‘nothing’ or ‘opportunity’ wasn’t in the environment, the situation, the people ‘out there’. It was in the head of the person thinking about the scenario and situation.

Didn’t someone say, “Beauty is in the eye of the beholder?” What about you? Do you see defeat where you could see victory? Do you see nothing where you could see opportunity? I am not referring to you looking at the ideal environment or situation. Irrespective of the environment or situation, whether it is ideal or not, do you have a mind that can think great thoughts about the things you observe?

Is the one shoe marketer only a ‘realist’ and the other a ‘positive thinker’? I don’t know how you would like to define either one of the two. What I know is one marketer sees nothing where the other sees great opportunity.

What about you? What do you see?